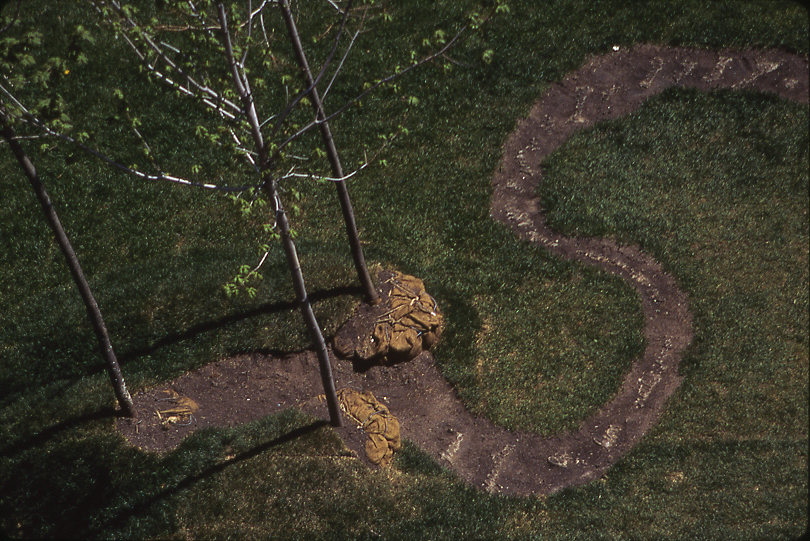 In When the forest moves, the garden is transformed into an allegorical scenario which parallels a literary classic with current environmental concerns. The ominous predictions made by the apparitions in Shakespeare’s Macbeth foreshadowed the demise of Macbeth through an advancing army camouflaged by moving trees; similarly, the movement of trees in an apocalyptic scenario of global warming warn us of the potentiality of habitat (in this case, the territory of sugar maple) destruction. The installation takes the form of three maple trees, with their burlap-wrapped root bags intact, situated at the end of a sculpted earth furrow which seems to have been dug out by the northbound scraping movement of the trees. Contained in the furrow is a residual trail of cast bronze text; this text, in hand-written script, consists of the story of the advancing trees in Macbeth.